Since the start of the Ukraine war, the price of ‘Russian Ethereum,’ Waves, has nearly tripled.

The WAVES token, created by a protocol with Russian ties, has nearly tripled in price in only two weeks after rallying immediately after Russia invaded Ukraine. 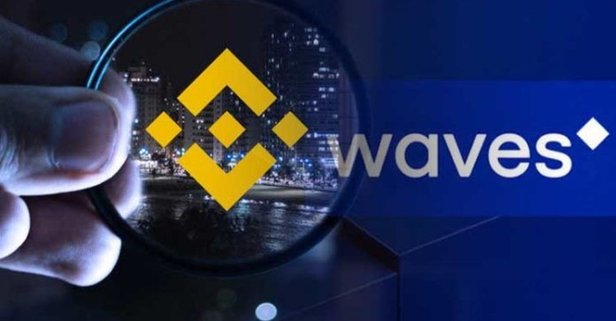 The big increases come on the heels of Binance incorporating the token into its Loans platform last week, as well as a new roadmap outlining goals for a different consensus process and compatibility with the Ethereum Virtual Machine (EVM).

WAVES pricing in the previous 30 days:

Notably, the price increase coincided with the start of Russia’s invasion of Ukraine on February 24. The project’s creator has ties to both countries. Some online users even referred to it as “Russian Ethereum.”

Alexander Ivanov, a Ukrainian-born physicist, founded the Waves project in Russia. According to Crunchbase, he started it in 2016, with its headquarters in Moscow, and it was registered in Switzerland in 2017.

Ivanov called for peace in his article on February 27.

In 2019, Ivanov sold his part in the Waves team’s Vostok platform to an early investor, Mark Garber of the Moscow-based financial consultant GHP Group. Ivanov stated that he intended to concentrate on the Waves project and its international expansion.

According to Gazeta.ru, Vostok has a number of partnerships with large Russian companies and organizations, including those that are state-owned, such as Dom.RF, a financial institution for housing development established by a decree of the Government of the Russian Federation, and the long-sanctioned, state-owned manufacturing conglomerate Rostec.

While Waves has separated itself from Vostok – and thus linked businesses — the founder informed CoinDesk at the time:

“We can’t totally separate from our Russian roots, even if they might impede the business a bit. I think we should become the main blockchain tech advocate in Russia.”

Binance’s ‘blessing,’ PPOSS, and multichain bridges are all examples of this.
Binance announced last week that WAVES is now one of the digital currencies that can be used as collateral on its Loans platform.

The coin was included alongside MATIC, THETA, and SLP in a move that might be seen as an indication that the exchange now considers these assets to be substantial enough to be used as collateral for crypto loans.

Meanwhile, the Waves team has recently announced a new roadmap outlining a slew of protocol updates that will be implemented in 2022.

The Waves protocol will use a new consensus method called Practical Proof-of-Stake Sharding (PPOSS), according to the roadmap, with development beginning “this spring.”

Waves is projected to become compatible with the Ethereum Virtual Machine as a result of this, making it more accessible to external development teams and, as a result, attracting more users.

“The new network will be connected to the existing one for a smoother transition to Waves 2.0 without diminishing the value or efficacy of the old network,” the Waves team noted.

Waves will also include the multi-chain bridges Gravity and Allbridge to enable WAVES communication with any EVM-compatible blockchains, as well as the Bitcoin (BTC) and Solana (SOL) blockchains, according to the team.

The initiative to strengthen interoperability with other chains was announced alongside the launch of the US-based company Waves Labs, which will be situated in Miami in the first quarter of this year.

“The US is a key market to drive mass adoption in 2022,” the Waves team stated of their plan to relocate there, adding that they will also establish a USD 150 million fund and an incubator program to help boost DeFi adoption in the country.

Finally, from a technical standpoint, WAVES has already broken through many resistance levels on its path higher, indicating that the rally is being supported by significant momentum. However, the chart’s Relative Strength Index (RSI) is currently at its highest level since August of last year, and is well into ‘overbought’ zone, indicating that the upward momentum may soon be lost.