He has subsequently responded with a series of tweets denouncing Putin and calling for an end to the conflict. 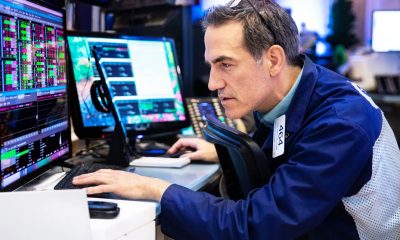 Vitalik Buterin, the co-founder of Ethereum (ETH), has been criticizing Russian President Vladimir Putin over the Ukraine conflict — and has even responded to his Chinese detractors.

On the first day of the Russian “military operation,” Buterin, who was born in Russia but immigrated to Canada when he was six years old, lashed out at Putin, stating that the Russian leader’s actions had abandoned peace in favor of war and committed “a crime against the Ukrainian and Russian people.”

He has subsequently responded with a series of tweets denouncing Putin and calling for an end to the conflict.

On March 9, he responded to a demand for Russian students who had been “kicked out” of institutions for “protesting war” to be allowed to return “to signal that Europe stands with those in Russia who oppose Putin and oppose the war.”

Buterin stated that “supporting Ukrainians” was the “first priority.” He went on to say that “supporting those Russians and Belarusians who refuse to let Putin’s Z-ombie regime represent them and take action to oppose it” was also “really important” and a “priority.”

On the site, social media users backed Buterin’s request, including Changpeng Zhao, the founder of the crypto exchange Binance, who remarked that “the world” was “lucky” to have the Ethereum co-creator.

However, not everyone agreed with Buterin’s viewpoint, including the owner of a Chinese-language account. This is what the latter wrote:

“Aren’t you Russian? You are a traitor. Did you have a bad experience with Putin?”

Buterin used the opportunity to respond, saying – in Chinese – that stating that “people of a country must support their own government is not patriotism, but actually a form of slavery.”

Many Chinese-language posters expressed approval for Buterin’s statement, while others remained skeptical.

A supporter of Buterin’s message wrote,

“When a country does something wrong, its citizens have the right to stand up and say no, and criticize the country’s mistakes.”

However, one said that except the fact that the former was “controlled by the US government,” there were “no differences between the Ukrainian government and the Russian government.” Ukraine, the critic said, was “no paragon of virtue.”

The Chinese government has been hesitant in its response to the turmoil in Ukraine, but Chinese netizens have been outspoken in their support for Russia – and condemnation of the West’s response.

“After Russia loses, China will become the next country to be targeted by Europe and the United States – and will fall into the same predicament.” one commenter on Weibo said.