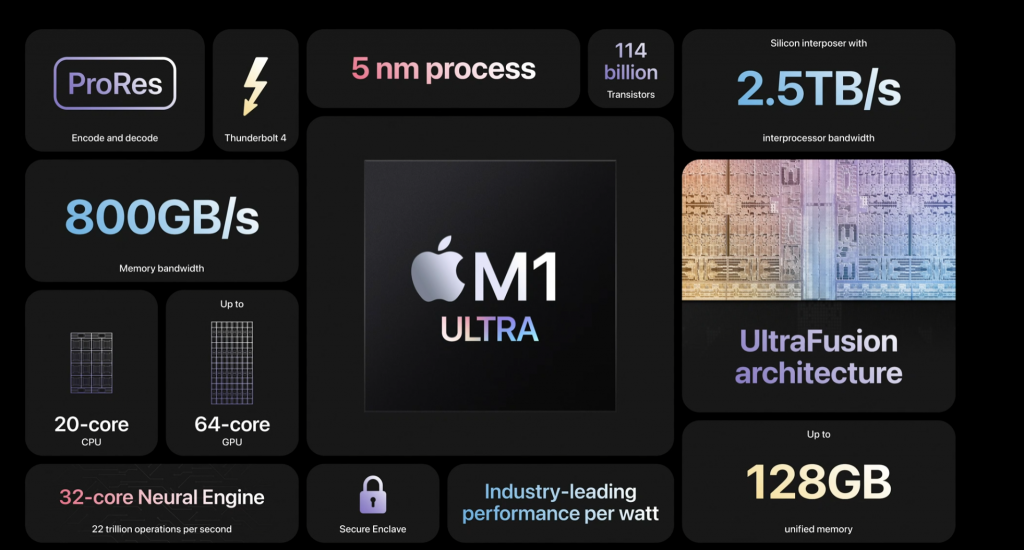 Apple’s top-of-the-line desktop processor family, the M1 Ultra, has been officially announced by the Silicon Valley behemoth. For the previous few weeks, this chipset has been noticed on testing websites, and it has now been discovered on GeekBench, where it purportedly outperformed some of Intel and AMD’s top CPUs.

On Geekbench, Apple’s M1 Ultra outperforms the latest Intel chip.
Furthermore, the M1 Ultra’s performance was outstanding when compared to AMD’s latest Threadripper PRO 5975WX chipset. The latter is a business-class CPU that scored 27603 in multi-core testing. However, it’s worth noting that the Threadripper has 32 cores compared to the M1 Ultra’s 20. Furthermore, an early benchmark of the M1 Ultra showed it to be nearly competitive with the Ryzen Threadripper 3990X processor, which has a vast amount of cores (64).

While the new Apple M1 chipset didn’t quite match the AMD processors’ performance, it got close. However, because they are merely synthetic benchmarks that measure raw performance on a given platform, they don’t necessarily imply that the chip is already superior to every other chipset available.