How to play Wordle? Quick tips and tricks

These wordle hints can assist you in developing a strategy or improving one that you currently have. 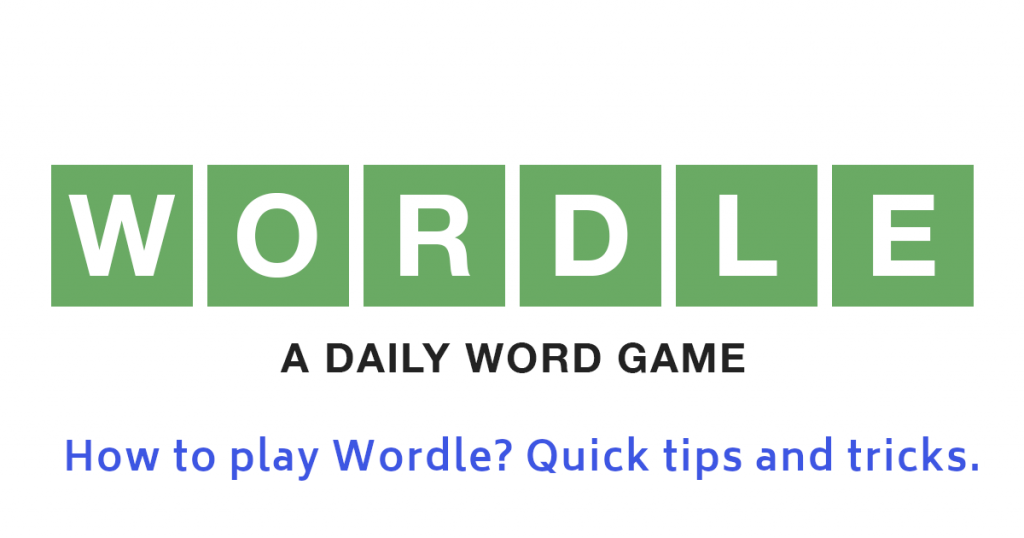 The English lexicon has thousands of five-letter words, yet it only takes one to win Wordle.

Whether it’s your first time playing or you’re a seasoned Wordler who plays at 12 a.m. when a new word is released, these pointers will help you develop or improve your approach. Let’s get this party started.

Every time, begin with the same word.

Starting with the same word every time can offer you a baseline strategy for every game, even if it doesn’t ensure success. You could eventually choose the correct word on your first try. You can leverage Redditors’, TikTokers’, and YouTubers’ data as a resource because they’ve done statistical analyses on letter frequency.

Alternatively, start each time with a new term.

Each game, change it up and try something fresh. This is the author John Green’s plan. In an email, Green explained, “My Wordle strategy is to begin each puzzle with a word I have never used before.” “I know this isn’t the best or even the best strategy, but I like it,” he continued. “I usually get it in four, which is ideal for me because the fifth and sixth guesses are nearly unbearable.”

Begin with a term having a large number of vowels.

Some Wordle players have had success by beginning with a term that contains many vowels. Because at least three of the five letters are vowels, words like “adieu,” “audio,” and “canoe” might be appropriate places to start.

For the first two lines, choose two terms that are completely distinct.

Because part of the game is about elimination, following your first guess with a word that comprises wholly different letters may help you succeed in Wordle.

While some may consider this cheating, others may see it as simply a little help. You can utilize a database like Best Word List to assist you to brainstorm if you’re stuck and can’t come up with a strong five-letter word.

Keep an eye out for letters that appear many times.

Just because your green tile showed up there doesn’t imply it won’t show up anywhere else. “I recall a lot of annoyance on Twitter when ‘knoll’ was the word,” Seattle resident Dan Sanderson recalled. “It’s one of the few aspects of varietal difficulty we see in Wordle’s word selections — even if they’re fairly common words.” Because it hides information from you, a repeated letter makes your estimates less efficient.”

Break out a pen and paper and go old school.

Alternatively, go back to the basics. “If I get stuck, instead of looking at the interface, I take a piece of paper and write out the word with the blank spots, which are the letters I still need to guess,” Paola Tamma, a 29-year-old Brussels-based reporter, explained. Instead of reusing letters that you know are grayed out, take a step back and fill in the vacant tile with a filler letter like “X.” You never know what term may come to mind.

Make a strategy based on your guess metrics.

After you’ve finished a game, read through your statistics and utilize the information to enhance your Wordle strategy. The number of games you’ve played, your win %, your current streak, and your longest streak will all be displayed on your statistics board. Concentrate on the distribution of guesses. Start tomorrow’s Wordle with a different word if you’re starting with the same word every time and it’s not working out. Furthermore, practice makes perfect.

The game is slightly more challenging in Wordle’s hard mode, which adds a rule. After finding a correct letter in a word — yellow or green — players must use those letters in their subsequent guesses. “This actually limits your ability to look for additional information,” Sanderson explained. This can help you complete your game with less guesses, but it dramatically reduces the word list.

Sanderson went on to say that while hard mode is more difficult, it compels you to stare at the keyboard for longer periods of time and not go back to letters you’ve already typed. When you share your victories, your hard mode score is accompanied by an asterisk, indicating that you tried the extra twist.

Share your results on social media or in a group SMS to get bragging rights.

Once you’ve figured out the word of the day, there’s no reason you shouldn’t gloat about it on social media, in group texting, or anyplace else. After your game is finished, click “Share” and copy and paste your green and yellow squares onto whatever platform you like. The squares that appear reflect the results of your Wordle guesses on that particular day.

What’s the best part? They don’t include any spoilers.

This piece was first published in The New York Times.

How Does Crypto Mining Work?